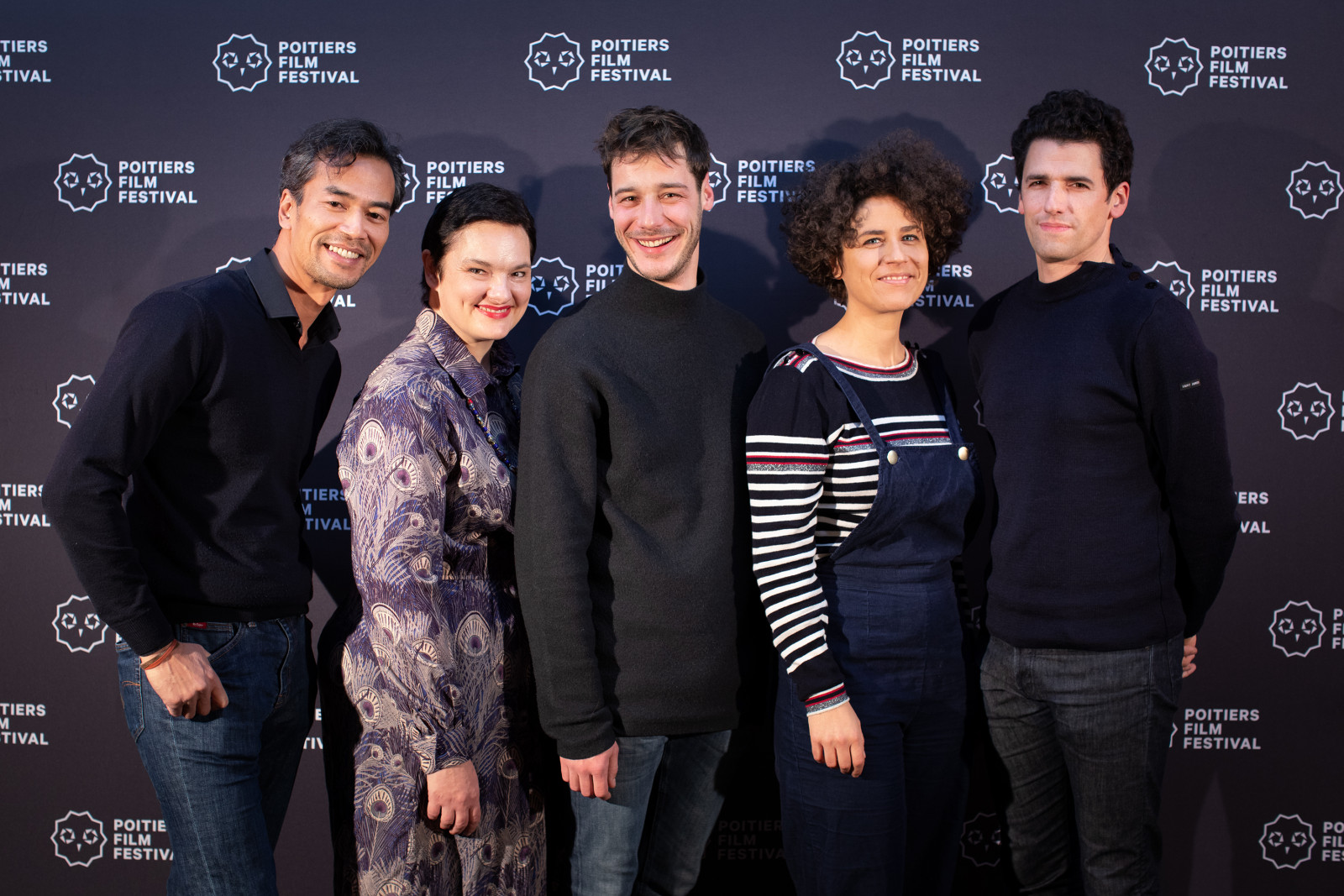 Acquisition of the film for streaming via the Brefcinema platform, offered by L’Agence du court métrage 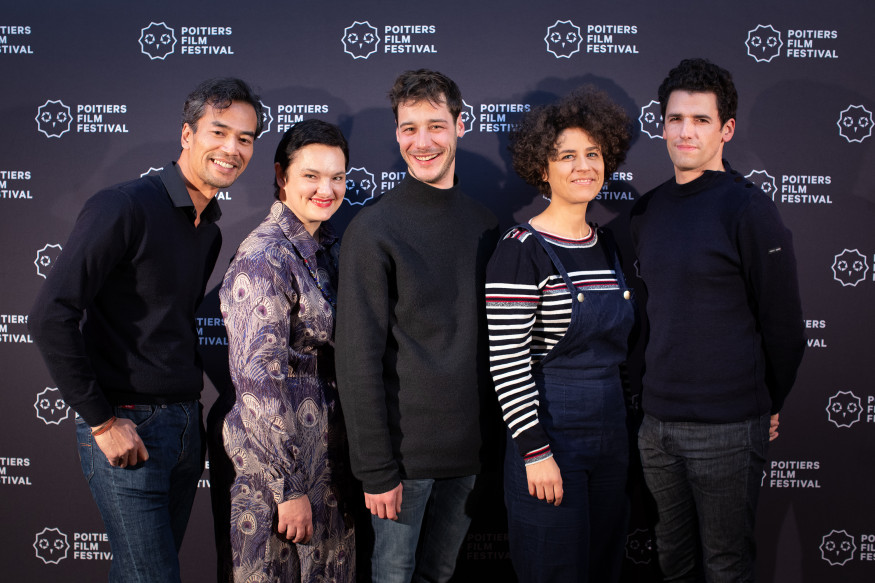 Born in Cambodia, Randal Douc came to France with his family in 1975, the same year that the Khmer Rouge seized Phnom Penh. A lecturer and researcher in applied mathematics, he is also a film and theater actor. He has written 5 plays, including a tetralogy related to Cambodia and based on the four elements: earth, water, fire, and wind. His texts have been selected in various festivals related to contemporary writing. As a film actor, he regularly works with the Cambodian filmmaker Rithy Panh (Un Barrage contre le Pacifique, L’Image manquante, Exil, Les Tombeaux sans noms).

Julie Roué is a jack-of-all-trades composer. Having started out in music with the piano, then the Irish bagpipes, guitar, and voice, she taught herself sound-related crafts and then studied harmony and orchestration. Her musical language borrows from classical music, jazz, electro, world music, and experimental music, all while embracing a strong pop influence. She has composed music for over 40 short films and documentaries and wrote her first feature soundtrack for the film Jeune femme by Léonor Serraille, “Golden Camera” at the Festival de Cannes in 2017. Recently, she composed the soundtracks for Perdrix by Erwan Le Duc (Directors’ Fortnight 2019), the virtual reality film The Key by Céline Tricart, and the series HP. Outside of her work in film, she released an electropop album in February 2019 entitled About Luke and along with Angèle Chiodo, forms the electroclash group Carte Contact, whose first EP Ha Ha was released in April 2019.

After writing a master’s dissertation on Humbert Balsan, whom he frequented for a year, Florian Môle trained to be a floor manager (TV series) and joined La Fémis’s production department. There, he produced shorts (by Deniz Gamze Ergüven and Sacha Wolff among others) and continued to learn with Films Pelléas, Pan-Européenne, the Unifrance office in New York, and France 2’s cinema and series acquisitions department . Passionate about dramaturgy, he became a reader for numerous companies (Soficas, France 3 Cinéma, Régions, CNC, France 3 Fiction, production companies) before joining Films Pelléas as head of development – a position that he would occupy for six years. In 2013, he created Les Grands Espaces, a company with which he produces short films. Un beau voyou by Lucas Bernard, released in January 2019 with Charles Berling and Swann Arlaud, was the first feature film to be produced by Les Grands Espaces.

Anne-Lise Koehler is a French sculptor, artist, and animation filmmaker. She studied at the School of Fine Arts in Paris, where she took morphology courses with Jean-François Debord and Philippe Comar. She studied animation at the Gobelins, where she met the future filmmaker Éric Serre, with whom she would work on several projects. After graduating, she showed at the Museums of Natural History in Tours and in Bourges, the “Au fil du papier” museum in Pont-à-Mousson, and the Ménigoute Festival. She met Michel Ocelot while he was developing the animation feature film Kirikou et la Sorcière. Very enthusiastic about the project, Anne-Lise Koehler would work for the first time in animation in 1998 as production designer. In 2006, she created the sets and animals for the animation film Azur et Asmar de Michel Ocelot. In 2015, she directed the pilot film Bonjour le Monde ! along with Éric Serre, which was presented at the Annecy International Animation Film Festival in 2015 and won the “TV Production Cristal.”

Born in Berlin in 1993 to an artist mother and an architect father, Samuel Patthey was immersed in art and culture from a very young age. When he was 18, he left home to dedicate himself to his passion: drawing. In 2014, he began a bachelor’s degree in 2D animation at the “Haute École d’Art et de Design” in Lucerne. He graduated in 2017 with his capstone film Travelogue Tel Aviv, winner of the “Extra Court” prize at the Poitiers Film Festival in 2018. He is now an animation film director in Fribourg, Switzerland. 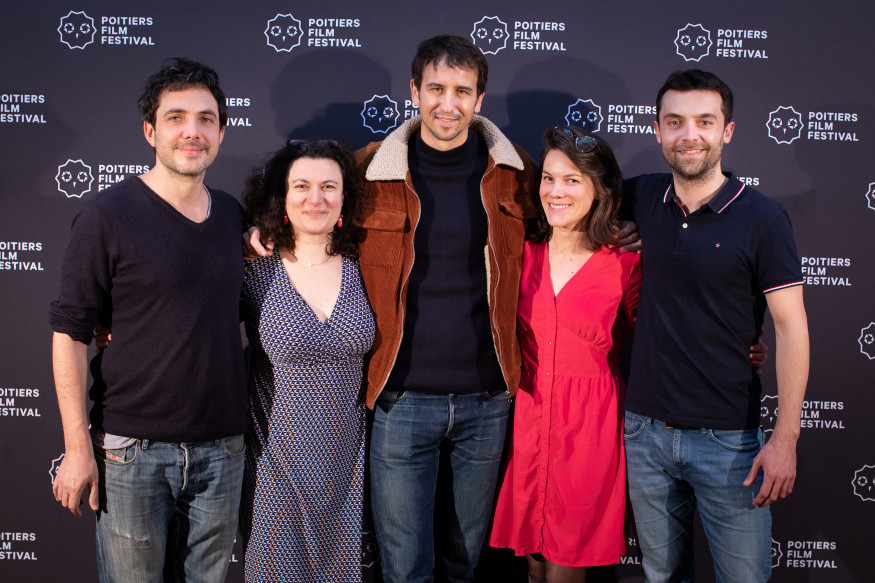 Frédéric Mercier is a film critic. After studying philosophy, he started out by working for the TCM channel (Turner Classic Movie) and then Cahiers du Cinéma. For seven years now, he has been an editorial member of Transfuge, a columnist for Cercle on Canal+ for three years, and teaches film history and analysis. In 2016, he published Les Écrivains du 7e art with Editions Séguier. He has also led his own cine-club near Paris since 2015 and is featured in many DVD bonuses.

Églantine Stasiecki earned a Master’s degree in film and audiovisual studies from the Sorbonne Nouvelle Paris 3. She started out as a programming assistant for the distribution companies Les Films des Deux Rives and Le Pacte. In 2014, she joined Jour2Fête as head of programming outside of Paris, thereby developing a taste for documentaries and engaged cinema with major releases such as Merci Patron. Alongside her professional work, she gives classes on distribution at the Sorbonne Nouvelle, Eicar, and Sup de Production.

Stéphane Demoustier was born in Lille in 1977. A director and producer, he founded the production company Année Zéro in 2008. After several shorts, he directed his first feature, Terre Battue, selected at the Venice Film Festival in 2014, then the medium-length film Allons Enfants, selected at the Berlinale in 2017. La Fille au bracelet was presented at the 2019 Locarno Festival and will be released in France in early 2020.

Originally from Bordeaux and having earned a BTS audiovisual degree in Bayonne, Emmanuel Fortin has over 12 years of experience in the field of post-production. Passionate about images, he worked for Technicolor Madrid then Digimage Cinéma and has collaborated with many big names in French and international film (Jean-Pierre Jeunet, Michael Haneke, Jacques Audiard, Olivier Assayas, Volker Schlöndorff, etc.) Along with Hüssam Korkut, he created the company Lily Post-Prod in Bordeaux in 2017 with the goal of participating in developing film in the Nouvelle-Aquitaine region.

After intensive preparatory studies in social sciences, Lise Zipci joined Films du Losange in 2001, one year after the creation of the international sales department. She has since held numerous positions in catalog sales, festivals, and servicing and has participated in exciting projects such as Le Ruban Blanc and Amour, both of which were awarded the Palme d’Or. She was a member of the selection committee of the German Film Festival. She is currently a member of the production support committee in the Île-de-France region, the “Académie des César,” and the 50/50 2020 group. 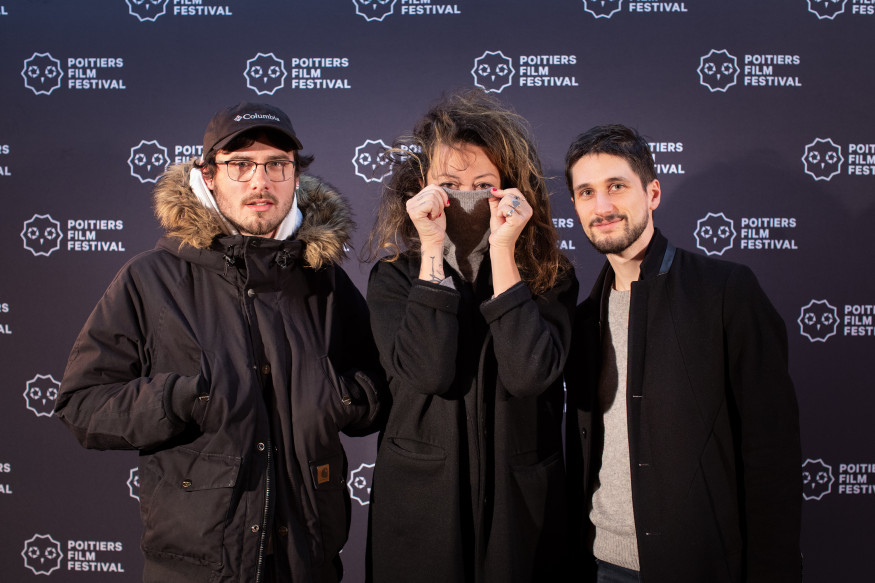 Simon Rieth, director of short films including Saint Jean, winner of the So French! 2018